5 surprising things you might not know about personal injury claims 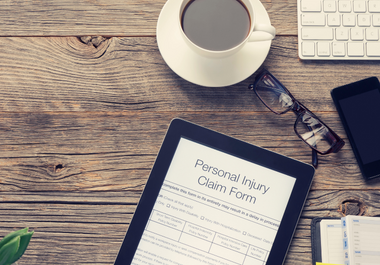 Thousands of people suffer from personal injuries annually. A startling number of those, however, are reluctant to claim compensation for their injuries, even when those injuries have caused significant pain and financial loss. We’re often told that this reluctance stems from the simple fact that they are worried about the process.

So, we’ve pulled together a list of 5 surprising things you might not know about personal injury claims.

1. You won't always have to go to court

The main reason is that personal injury claims are governed by strict protocols which oblige parties to disclose all relevant information and documentation early in the claim. This enables the parties to assess the strength of each other’s position at the outset and facilitates settlements. Those discussions continue even after a claim has been issued, and a settlement can be reached at any time before the conclusion of the case.

Furthermore, not everybody– not even the big insurers– want to go to Court. An insurer may dispute liability until the last minute if a case is particularly sizeable. If they feel the claim has even a chance of success, though, they will often make a settlement offer later in the process.

In the unlikely event that your case does go to trial, the reality is a far cry from the dramatic events portrayed in television courtroom dramas. All evidence must be submitted before the hearing, so there will be no awkward surprises, and there won’t be a Jury; the case is decided by a Judge who will preside over the matter and ensure everyone is treated fairly and with respect.

It's crucial to understand that a personal injury claim cannot be dealt with in a short time period. It can be a long process, with the duration depending on factors including the type of accident, the severity of the injuries and whether or not the other side accepts liability.

Sometimes, straightforward personal injury cases are settled in a short period of time, maybe only a few months; other, more complex ones may run for years. Whilst you will need to be involved in some aspects of the work, such as gathering evidence and attending medical assessments, much of it will be carried out by your personal injury lawyer behind the scenes.

3.   There is a time limit for bringing a personal injury claim

With the above being said, strict time limits apply to personal injury claims. Once those time limits have passed, taking action can be extremely difficult.

Broadly speaking, the usual time limit is three years from the date of your accident or diagnosis of your injury or illness. It is, however, sensible to seek legal advice and begin the accident claims process as soon as possible to avoid inadvertently effecting your claim.

4.   You can claim for depression, anxiety and stress

Personal injury claims are not merely the preserve of road traffic accidents and accidents in the workplace. Mainly these type of cases account for the majority of claims, personal injury covers a broad spectrum of complaints, including psychological injury.

A traumatic event can result in psychological harm, for which redress can be sought. Examples of psychological injury which can be the subject of a personal injury claim include depression, anxiety and stress.

5.  Personal injury claims are not a modern-day phenomenon

There is a lot of discussion of the so-called ‘claim culture’ and the alleged explosion of personal injury claims in recent decades. This is fuelled partly by insurance companies in whose interest it is to restrict the number of claims made and is a myth.

Since as far back as Biblical times, people have sought redress for personal injury. Whilst the remedies historically sought may be questionable, the principle that compensation should be awarded to those who have sustained an injury at the hands of another is deeply ingrained in the legal system.

For more information on personal injury claims please contact our specialist team who can help you bring a claim and advise you. Call us today on 087 2905001 or fill out a contact form and one of the team will contact you at a time that suits.