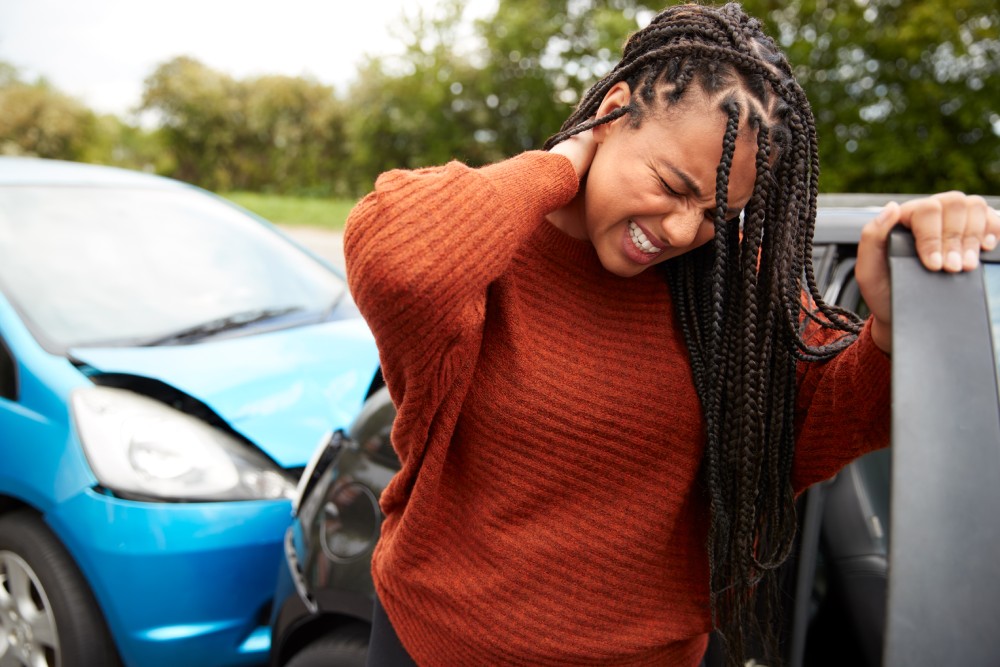 Whiplash is a neck injury that is commonly caused by car accidents. Typically, the vehicle is hit from behind, causing the victims head to be violently and suddenly thrown backwards. This can cause damage to the neck muscles that essentially support the head.

What are the symptoms of Whiplash?

Whiplash injuries can vary in their degree of severity from mildly uncomfortable to severely and acutely painful. Whiplash injuries are often accompanied by pain in the shoulders and back due to the impact of the vehicles in the accident. In more extreme cases, a whiplash sufferer can develop vertigo, dizziness, a ringing sound in their ears, pain in the jaw and they can have difficulty in swallowing.

While these are some of the physical side effects of whiplash, other psychological symptoms can manifest in the form of disturbed sleeping patterns, nervousness, irritability, inability to concentrate and in more extreme cases even memory loss, and depression.

Do I have a case if I have suffered Whiplash?

Whiplash cases are one on the most common injury law suits that are instituted. However, due to the nature of the injury, the victim often does not display any other physical injury such as cuts or broken bones etc. Photographs of any bruising or evidence of seatbelt strain on the body in the aftermath of a car accident can be helpful at a later stage.

It’s important to seek medical attention and have any injuries diagnosed and documented by a hospital doctor or GP. Evidence of the initial care sought will help give an account your injuries and will form the basis for a medical report that will be taken up at a later stage.